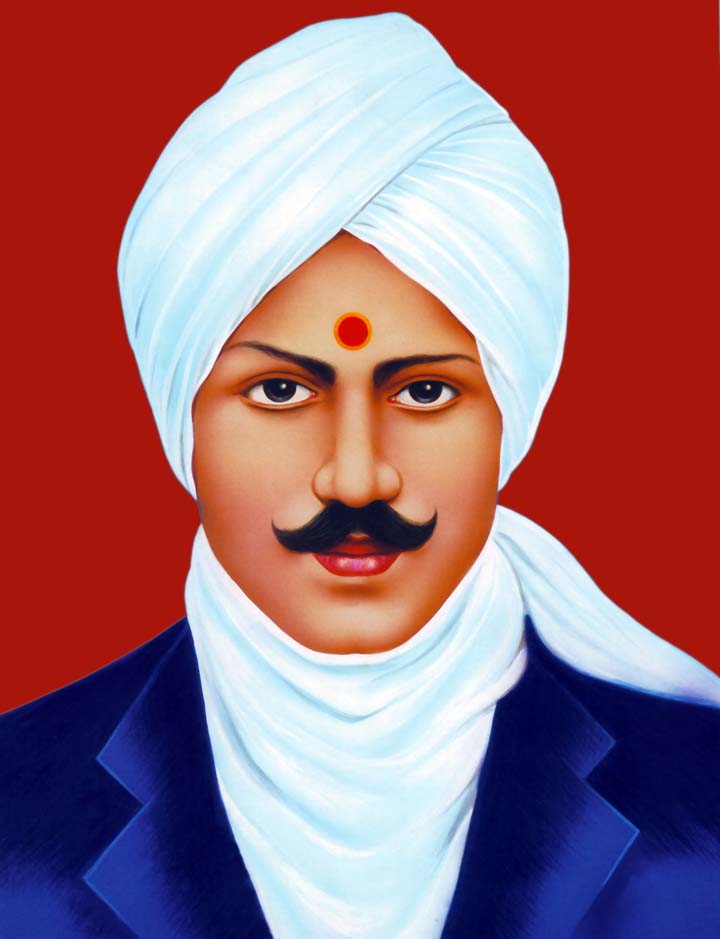 1882 - Born in Ettayapuram, Tirunelveli.
1893 - By early age, he learnt music,poetry and was conferred the title of "Bharati"

1897 - He lost his parents at the early age and married to Chellamma while he was fifteen years old.

Because of his father, he learnt 32 languages, and became an engineer.

1901 - Though he passed an entrance exam for a job, he returned to Ettayapuram and started as the court poet of Raja of Ettayapuram for a couple of years.
1904 - He was a Tamil teacher from August to November in Sethupathy High School in Madurai.

1907 - During his teaching profession, Bharati interested and joined as Assistant Editor of Swadeshamitran (a Tamil daily in 1904).
1909 - Then he started publishing the journal India, Vijaya, a Tamil daily, Bala Bharatham, an English monthly, and Suryodayam, a local weekly in Pondicherry. Both India and Vijaya were banned by British.

Bharati had the opportunity to meet leaders of the revolutionary wing of the Independence movement like Aurobindo, Lajpat Rai, V.V.S Aiyar, Annie Besant, C.P Ramaswamy Aiyar and Mohandas Karamchand Gandhi.

Learn more about this incredible human being on his Wikipedia entry.